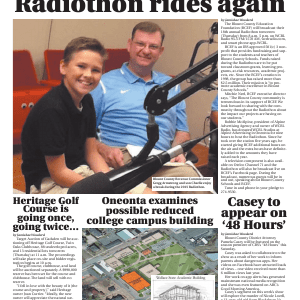 Total revenue and total expenditure numbers show the commission is budgeting to spend more than it receives in 2017. The commission may do that by using unexpended funding received in prior years. Also, the commission’s current cash balance position is very strong – strong enough to operate for five months with no revenue, if necessary. Offsetting considerations: expenditures have been […] 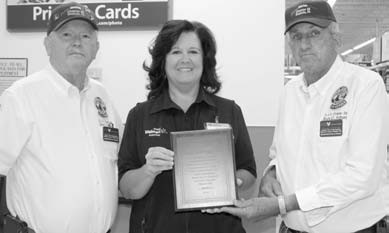 
Junior vice commander Ken Watkins (left) and senior vice commander Donnie Jackson of Blount County DAV Chapter 28 present a plaque to Walmart store personnel manager Joy Maggiore in appreciation to Walmart for allowing the group to conduct fundraisers at the store. “Our fundraisers enable us to help disabled veterans and their families all over Blount County throughout the year, […] 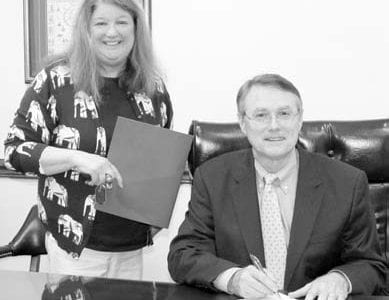 
In 1955, the National Society Daughters of the American Revolution petitioned Congress with a resolution to declare and commemorate the foundation of the American form of government. Constitution Week was signed into law by President Dwight D. Eisenhower on Aug. 2, 1956. George W. Bush officially declared the inception of Constitution Week in 2002. The local Warrior Rivers DAR chapter […]


• Pay increase. The Auburn Center for Governmental Studies completed an update this year on county personnel policies and procedures, the first done since 1999. It included new job descriptions and a new county pay scale for each job, based on comparable wages in neighboring counties and towns. In addition to a 2-percent cost of living increase, the 2017 budget […] 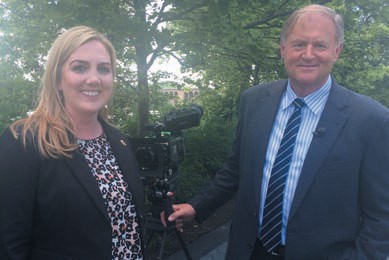 Blount County District Attorney Pamela Casey will be featured on the season premiere of CBS’s “48 Hours” this Saturday. Casey was asked to collaborate on the show as a result of her work to inform parents about dangerous apps. Her videos on Facebook have attracted loads of views – one video received more than 6 million views last year. Her […] 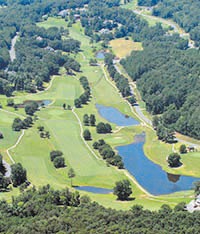 Target Auction of Gadsden will be auctioning off Heritage Golf Course, Twin Oaks Clubhouse, 88 undeveloped acres, and 13 residential lots tomorrow (Thursday) at 11 a.m. The proceedings will take place on-site and bidder registration begins at 10 a.m. The golf course, clubhouse, and land will be auctioned separately. A $990,000 reserve has been set for the course and clubhouse. […] 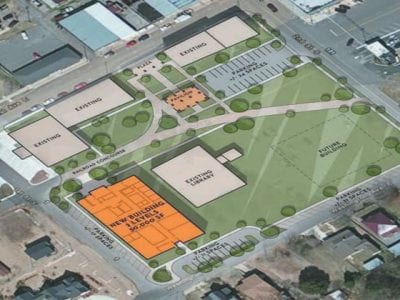 Following the latest regular council meeting, Oneonta city officials hosted a public hearing to reveal plans for a possible resized building to house Wallace State-Oneonta classes and offices. Attended by around two dozen people, many of whom were city employees, the meeting sought opinions and suggestions about the newest design and vision for the city’s western downtown area. City manager-economic […] 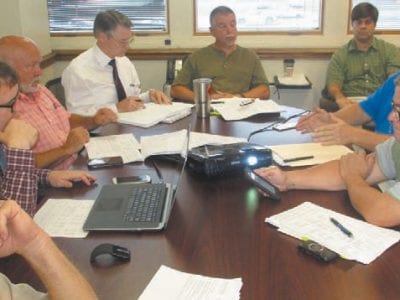 The detailed 2017 fiscal year budget analysis promised last week follows. It is made up of four parts: (1) pie charts for projected 2017 revenues and expenditures, (2) a breakdown into 29 functional categories based on types of expenditures, comparing the 2017 and 2016 fiscal year budgets, (3) a summary of the commission chairman’s remarks on budget highlights, and (4) […]