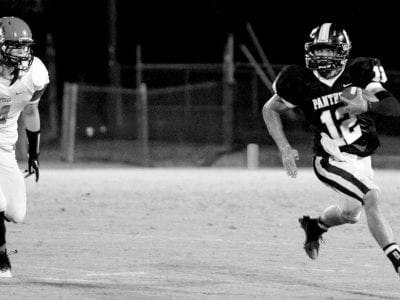 
We are now one – or two – weeks into the high school football season and you might have a decent idea of what your team is like by now. Then again, this is the first week that the games actually count – at least as far as playoff possibilities go. The first week of region play has some big […]

Panthers wake up, roll past Eagles


Trailing visiting Pisgah 13-9 at the half, Cleveland exploded in the second half and rolled to a 37-20 victory over the Eagles last Friday night. Cleveland got a 26-yard field goal from Juan Castro to lead 3-0 after one quarter. However, Pisgah scored a pair of touchdowns in the second quarter to lead, 13-3. The Panthers answered just before the […]


The Southeastern Mustangs rolled up almost 300 yards of offense and picked up the program’s second-ever win with a convincing 27-6 throttling of Vina last Friday night in Franklin County. Southeastern led just 6-0 at the half but rolled up more than 120 yards on the ground in the second half. The Mustangs finished with 143 rushing yards, led by […] 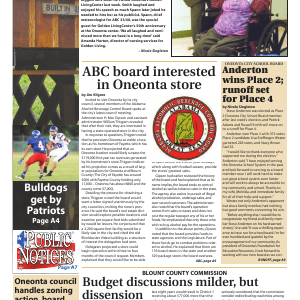