A performance that has become a legacy event in only nine short years renews its claim this weekend. It’s the Blount County Gospel Choir concert at Lester Memorial United Methodist Church Sunday, Aug. 17, at 2 p.m. The concert had its inception nine years ago when an ad hoc ensemble formed to sing a gospel farewell at the funeral of […] 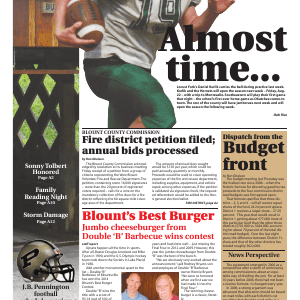