Oneonta, died May 5, 2014, at St. Vincent’s East Hospital, Birmingham. He served in the United States Navy during the Korean War, retired from NASA as a test engineer, was a member of Corpus Christi Catholic Church where he served as organist, and was a member of the Knights of Columbus. Mr. Baker enjoyed playing golf and square dancing and […] 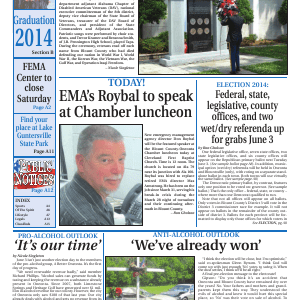