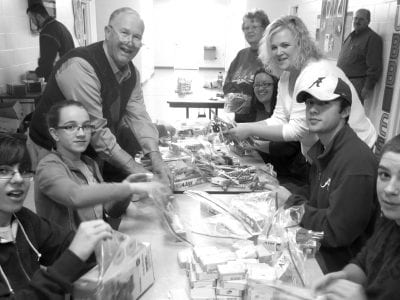 A group of local churches, working through the certified chaplaincy of Oneonta resident and former minister Glenn Bynum and prison assistant chaplain Jeremy Miller, will deliver more than 1300 packets of toiletry items to St. Clair prison inmates on Dec. 19, in response to their needs. The project was approved by the prison administration as gifts for inmates for Christmas. […]


Auto Accidents Injure Six Six motorists have been injured in two Blount County auto accidents in the past week. Jack Robinson of Oneonta and Zelma C. Thompson of Pinson were seriously injured Friday morning Dec. 9, in a two-car accident which occurred around 7:20 at the Village Springs Bridge on Highway 75. According to Trooper H.M. Hurst the accident was […] 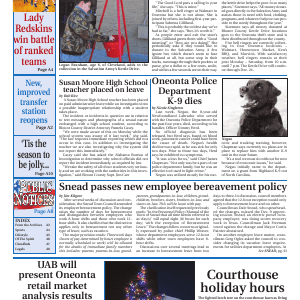