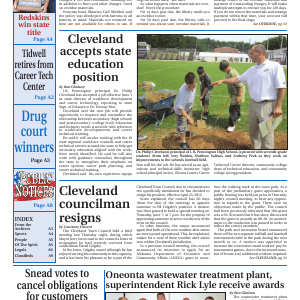 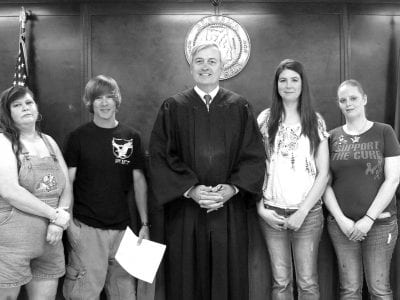 
From left, Patricia Moore, Justin Lockwood, Lisa Walker, and Angela Elrod rejoice with drug court Judge John Dobson over their graduation from a grueling 12 to 18 months of intensive rehabilitation in Blount County’s multi-faceted drug court treatment regimen. The program is designed to obliterate substance addiction/dependence on the part of participants and return them to society in a condition […] 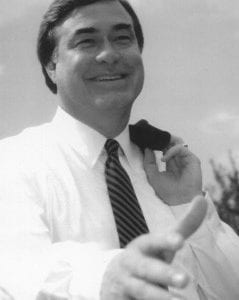 The two prominent political trials in Alabama in the past few years have boiled down to one paramount issue, “Is it bribery or is it politics?” In the most recent bingo gambling trial the pivotal issue revolved around whether a campaign contribution is a bribe. The jury answered with a resounding no. In the first trial there were nine defendants. […] 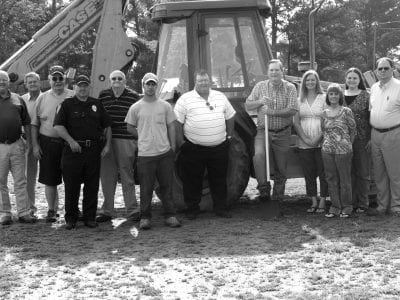 
Cleveland took the first step in bringing community storm shelters to town on May 16 after a groundbreaking ceremony for its first shelter. The shelters will be adjacent to the town park and together will hold 197 people. The shelters will be opened 24 hours a day so residents will always have a safe place during severe weather. The Hazard […]

Unemployment and gas prices down; could the economy be looking up?

Last month we wrote about the positive and negative signs as they relate to our struggling economy. The numbers released this past week by the Labor Department and the steady decline in gas prices would lead us to believe that good things are just around the corner for our local economy. The unemployment rate in Blount County dropped to 5.8 […]

The Blount County Board of Education accepted the retirement resignation of Brenda Tidwell at last week’s called meeting. Tidwell, formerly the guidance counselor at Susan Moore High School, has been the assistant director and counselor at the Blount County Career Tech Center for the last few years. In other business, the board approved the bid for new lighting for the […] 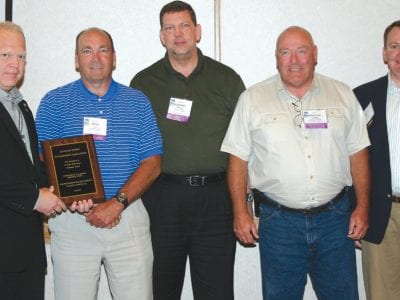 The wastewater treatment plant operated by the Oneonta Utilities Board was presented with the 2011 operational excellence award for plants in the 1-10 million gallons a day category at the Alabama Water Environment Association’s annual technical conference on April 16. The plant was recognized for its record in consistently being well below permit limits, year after year. The Oneonta plant […]

Snead votes to cancel obligations for customers unable to use sewer

Snead councilman Jack Freeman asked that town’s council to exempt from monthly sewer charges a water customer whose sewer pump does not work. Some of the sewer pumps are not working and customers have unsuccessfully sought to have the pumps repaired, according to Freeman. Utilities supervisor Jeff Whited reported that there are probably three other customers in similar situations. He […]

The Cleveland Town Council held a brief meeting last Thursday night, during which Mayor Jerry Jones read to the council a letter of resignation he had recently received from councilman David Grigsby. In the letter, Grigsby stated although he has enjoyed serving his community in this capacity, and it has been his pleasure to be a part of the Cleveland […] 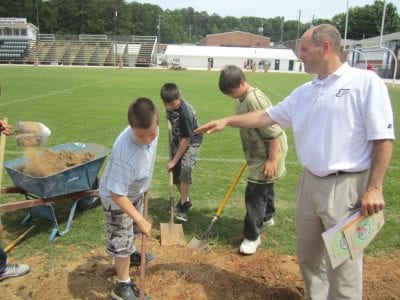