Blountsville mayor says ‘Health plan wrong’ “This would just put a medical facility further away from people in the Blountsville area,” said Mayor Jack Millwood, referring to a letter he received March 28 which indicated only three medical clinics were approved for Blount County through 1983. Millwood read the letter to Blountsville Town Council that day. It made no reference […]

Do you hear this as soon as your child gets home from school? I know I do. If it seems like your child is starving then they probably are. Most children who are going to our public schools haven’t had anything to eat in over four hours as they most likely ate a very early lunch. As a parent, one […] 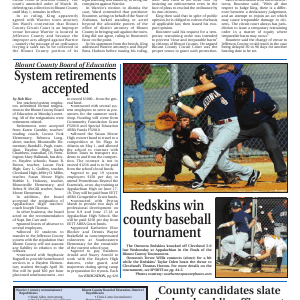