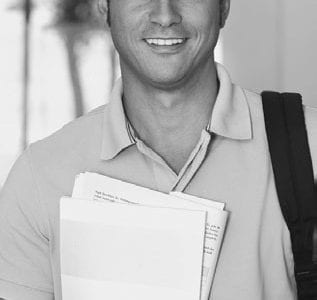 
If you’re headed to college, following these tips from KHEAAAlabama can give you the edge in the yearly race for scholarship dollars. * Complete your Free Application for Federal Student Aid (FAFSA) as soon as possible after January 1. The FAFSA is used to apply for state and federal student aid. File online at www.fafsa.ed.gov. •Look for local scholarships in […]

The hypocrisy of politics

When Dr. Parker Griffith, serving as a Democrat in the State Senate from Huntsville, decided to seek election to Congress two years ago, the political operatives from the Republican Congressional Campaign Committee (RNCC) opened up a “no holds barred” smear campaign against him. They accused the doctor of failing to give cancer patients proper treatment for personal monetary gain. The […]


Fire at Cleveland Cleveland had another disastrous fire Monday night. The post office, Box and Son’ store and the barber shop went up in smoke. The fire originated in the Box and Son’s store and was discovered between and 11 and 12 o’clock and quickly spread to the other buildings. Nothing from the store was saved. Roscoe Bynum was living […] 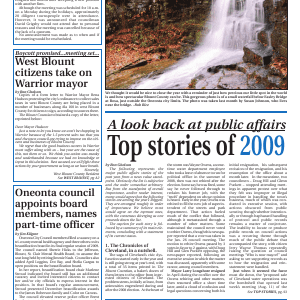