What you can do to help Cleveland


In Mike Evans’s own words, “Cleveland is like most crossroads towns, not much more than an intersection in a road to somewhere else.” This is exactly why we don’t need lights that, including labor, rental for lift, and installation costs to Alabama Power, probably cost the town $8000 – $10,000. I say probably because we, the people, never get a […] 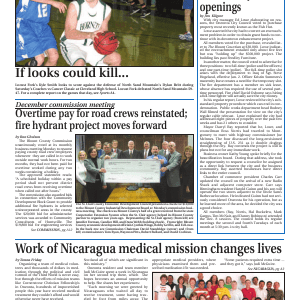