Watch out for those pedestrians

Since our new sidewalks have been put in, I have seen more runners/walkers than ever. I think it has given everyone a great place to exercise. Earlier this week on one of my runs, I was actually hit by a car. I was crossing an entrance to a fast-food chain and assumed the driver saw me. They obviously did not. […] 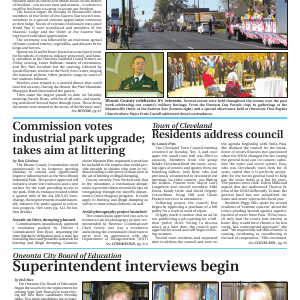