SINGINGS NEW HAVEN MISSIONARY BAPTIST CHURCH will have homecoming and singing Sunday, June 28, beginning at 10:30 a.m. with Jordan River of Ashville as guest singers. Lunch will be provided at noon, and singing will resume at 1 p.m. Church located at the intersection of 411 and 31 (Cool Springs Road), approximately eight miles south of Ashville. THE LORD’S HOUSE […]


Wonder At least a few of the newsbriefs appearing in this newspaper every week reflect the caring that prompts many of you, singly or as parts of groups, to reach out to neighbors and strangers alike to make them safer, more comfortable, less troubled, even less hungry, maybe even less afraid. Some of you regularly pick up nourishing non-perishables to […]


Did ever a little girl love her daddy more? Was ever a father more entertaining? Mine was the raconteur of all taletellers. He held the floor at almost any gathering he attended. Nor did it matter how many times he told his stories; they were as funny the 15th time as the first. And often their brevity was as characteristic […]

Justice still for sale in Alabama

The U. S. Supreme Court, by a narrow 5-4 vote, has handed down a decision which could eventually remove the “Justice for Sale” signs that welcome people to Alabama at every border crossing. The ruling came in a case from West Virginia, where competing mining interests had won a $50 million award against A.T. Massey Coal Co. The case was […]

Too busy to exercise? 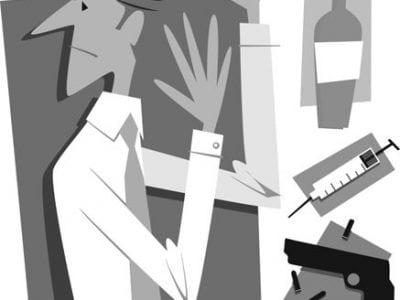 Why don’t you just stop?


This article is one of a series on the faces and forms of addiction. It is a collaboration among Alden Brindle, intensive outpatient director at Hope House; his wife Marie, Hope House counselor; and writer Nancy Jackson. This week I want to address the addiction characteristic known as loss of willpower. When a family member is confronted by a loved […]

An inveterate storyteller, Frank Smith has completed a first collection of tall tales about his boyhood, entitled Nectar – Pop’s Farm and Thereabouts. What follows is #13, “The Coolest Ride I Ever Took.” As I have said before, I was born when Pop was 63 years old. His baby boy was his pride and joy. So he took me with […] 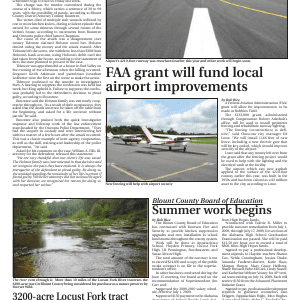