You get what you pay for


One rough ‘n ready measure of effectiveness of a county road maintenance program is miles of local roads – roads not maintained by the federal or state government – paved each year. For the last several years, Blount County has averaged paving roughly 50 miles per year, according to commissioners’ statements. This year, fewer than 10 miles will be paved. […]

Will she or will she not?

The best kept secret in Alabama is whether Chief Justice Sue Bell Cobb will toss her bonnet into the governor’s race. Recently she said she was torn between her current position and the possibility of seeking the governor’s office. “I have been torn between those who encourage me to run for governor, and those who want me to continue my […]


Election Next Tuesday The Run-Off Democratic Primary will be held next Tuesday. At this time a candidate for Governor is to be nominated. There are two candidates asking for the nomination – Col. Bibb Graves and Major Frank Dixon. The two contenders for Secretary of State are Howell Turner and Gilbert Davis. M.C. Sivley and Frank Embry are in the […]

WATER IS ESSENTIAL DURING HOT WEATHER

Everyone is at risk for heat injuries during the hot weather, but as summer sport camps kick into gear, I wanted to stress the importance for everyone to stay hydrated. High temperatures combined with high exertion, unless combined with adequate fluid intake, can lead to cramps, heat exhaustion, and heat stroke. Many camps do not have athletic trainers or medical […] 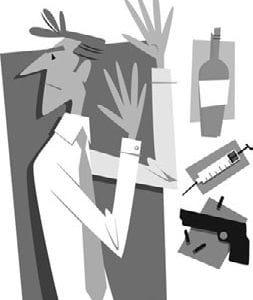 
This article is one of a series on the faces and forms of addiction. It is a collaboration among Alden Brindle, intensive outpatient director at Hope House; his wife Marie, Hope House counselor; and writer Nancy Jackson. Addiction has the following characteristics: tolerance, withdrawal symptoms, denial/deception, and loss of willpower. Hook removal Today’s article focuses on withdrawal from addiction — […] 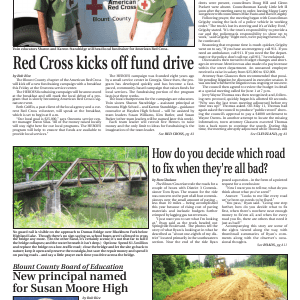