‘Simply accept the fact that you are accepted’

by Paul Tillich (from “Shaking the Foundations”)


SINGINGS ALLGOOD CUMBERLAND PRESBYTERIAN CHURCH singing Sunday, May 3, at 6:30 p.m. with three soloists as guests. Snacks will be available after the singing. Pastor is Tony Nichols and singing chairman is Johnny Clowdus. SPECIAL EVENTS MT. VIEW BAPTIST CHURCH is having a yard sale Friday, May 1, and Saturday, May 2, beginning at 8 each day. Proceeds will go […]

Speaking to a Trussville audience a few weeks back, Congressman Spencer Bachus, RMt. Brook, proclaimed that he had a list of socialists in Congress and later revealed to a reporter the number was 17. He must not have had the list in his pocket since he didn’t reveal the names when he told the group that “some of the men […] 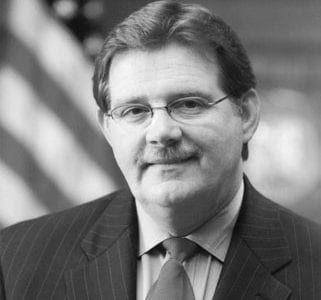 Commissioner of agriculture to speak

Ron Sparks, commissioner of the Alabama Department of Agriculture and Industries, will speak at the monthly Blount County-Oneonta Chamber of Commerce breakfast Wednesday, May 27, beginning at 7:30 a.m. The program will be held at Twin Oaks at Heritage. Commissioner Sparks is a native of DeKalb County, born and reared in Fort Payne. He served honorably in the United States […]


James B. Allen Addresses Large Crowd At Ball Park Lt. Governor James B. Allen, of Gadsden, brought the Allen-For- Governor Bandwagon to Oneonta last Monday night and spoke to a large crowd on the ball park behind the Grammar School. With Allen was Leslie C. King of Gadsden who spoke briefly and introduced the Lt. Governor. Mr. Allen cited his […]

Water aerobics might be just what you need! The benefits of exercising in the water are many. Running, jogging, and walking underwater in a pool not only strengthen the leg and hip muscles – the quadriceps, hamstrings,and gluteus – but help to develop cardiorespiratory fitness. Aquatic exercises improve your cardiovascular fitness and can improve your muscular endurance, overall strength, and […] 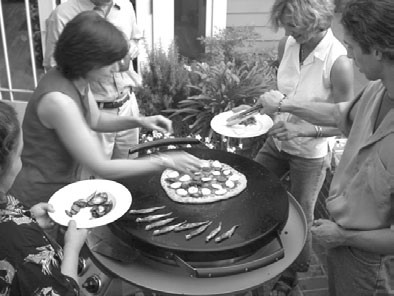 How backyard barbecue chefs can grill like the pros


Grilling is one of the simplest and oldest cooking methods. As the warm weather arrives, so does the urge to head outdoors and set some food over an open flame. Despite being simple in premise, grilling is actually a culinary art form in itself. Entire cuisines are built around the humble backyard grill, and every grillmaster has his or her […]


Patrons of The Chocolate Cottage, Robert Vaningan’s former restaurant in Oneonta, will be pleased to see a selection of his recipes this week. These recipes are from his book Cooking in the Deep-South with Chef Bob. Some, if not all, of his recipes include interesting tidbits on their histories. Readers: Please share your favorite recipes with others. Or, if your […] 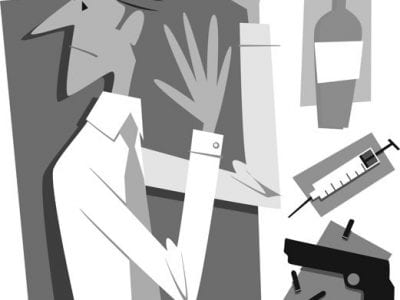 
This article is one of a series on the faces and forms of addiction. It is a collaboration among Alden Brindle, intensive outpatient director at Hope House; his wife Marie, Hope House counselor; and writer Nancy Jackson. Last week’s article discussed addiction from the point of view of trying to control one’s thoughts and feelings. This week we continue our […] 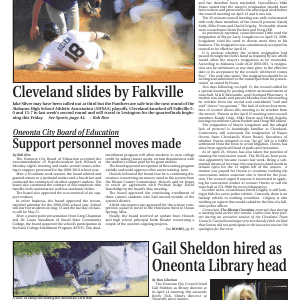