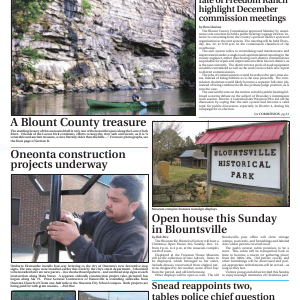 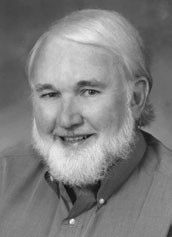 The absurdity of college coaching deals

The University of Alabama for a period of time paid Mike Shula at the rate of $63,492.06-a-month not to coach the Crimson Tide. The school doesn’t have to pay him quite that much now because he found a coaching job in the pro ranks. But they still have to pay him the hefty difference in his buyout and what he […]

The monthly Blount County – Oneonta Chamber of Commerce breakfast will be held Thursday, Dec. 18, at Twin Oaks. The program begins at 7:30 a.m. and will be sponsored by Alabama Power Company. The program will be centered around Christmas with special music, including audience participation. The program will also include Bible readings and a special speaker. Joan Currier and […] 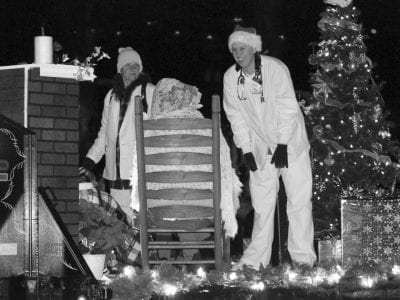 
Thousands of parade-goers lined the streets of Oneonta last Thursday night for the Blount County Christmas Parade. Santa brought up the rear of the procession, with transportation provided by St. Vincent’s Blount, and entries this year ranged from bands to floats constructed by various businesses, clubs, and organizations. Different rules for entrants this year meant no horses or live animals […]


In the Dec. 3 issue of The Blount Countian, an error was made pertaining to the Utilities Board of the City of Oneonta ad found on page A11. The average 5% rate increase should have been $1.30 not $130. 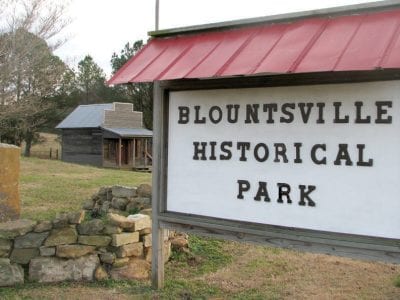 Open house this Sunday in Blountsville

The Blountsville Historical Society will host a Christmas Open House this Sunday, Dec. 14, from 2 p.m. to 4 p.m. at the museum complex north of town. Displayed at the Freeman House Museum will be the collection of Inez Adcock. Items to be displayed, which belonged to her sister, include dresses constructed from original patterns designed by her mother, some […] 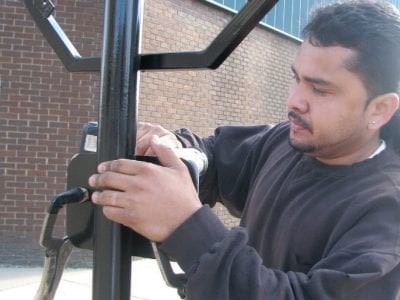 
Umberto Hernandez installs four-way lettering to the city of Oneonta’s new decorative stop signs. The new signs were installed earlier this week by the city’s street department. Scheduled to be installed later are new pavers – in a checkerboard pattern – and overhead stop signs at each intersection along Main Street. A separate sidewalk construction project (also pictured) has begun […] 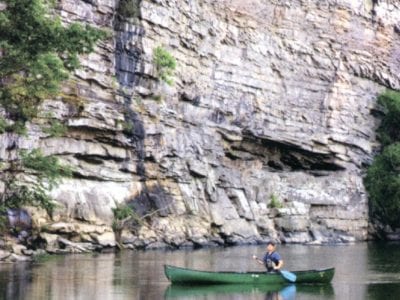 
The startling beauty of this awesome bluff is only one of the beautiful spots along the Locust Fork River. Friends of the Locust Fork continues efforts to keep the river safe and scenic, as it is “a venerable and ancient treasure, a river literally older than the hills …” For more photographs, see the front page of Section B.