The county Republican Executive Committee has taken a firm stand against what it calls the “Wall Street bail-out plan,” proposed by Congress and the President. The resolution the committee adopted Sept. 25 affirms its belief that the United States is the greatest country on Earth whose people are unrivaled in prosperity because of the free enterprise system. In that free […]

Dr. Jack Hawkins, chancellor of Troy University, will be the featured speaker at the monthly Blount County – Oneonta Chamber of Commerce breakfast that will be held at Twin Oaks on Wednesday, Oct. 22, beginning at 7:30 a.m. This month’s program will be sponsored by CDG Engineering and Associates. Dr. Jack Hawkins Jr., is an often-mentioned Republican Party candidate for […]

“In my opinion, it was a very good purchase,” said Steve Pass, utilities supervisor for the town of Cleveland. The purchase in question has drawn the attention of a couple of very vocal critics – and they have begun a very outspoken campaign to draw attention to the action. The issue is the purchase earlier this year of a jetter, […]

Oneonta City Councilmen have approved a $6,082,604 budget for 2009. The figure falls $123,000 below the fiscal 2008 budget, which ended Sept. 30. City manager Ed Lowe explained the reduced figure comes from a decline in revenues, primarily the result of lower interest income. He explained the city had spent some of the money it had in interest accounts toward […]

by Ron Gholson, based on notes by county administrator Chris Green

The following highlights are summarized from county administrator Chris Green’s comments on the 2009 fiscal year budget. •No COLA. The 2009 budget projects revenues for the coming year to be flat overall, and to decrease in the important gasoline tax category. Because of that, coupled with health care costs that continue to rise, the commission was unable to provide for […] 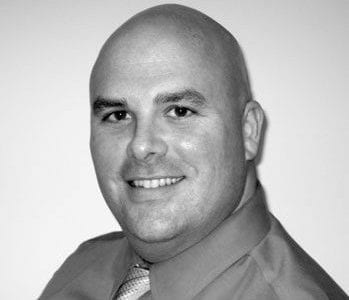 
The past few weeks have been very trying for our economy. Many people have asked me about the different types of risk they may face by investing their money. Here are a few of the many different types of risk: Market risk: This refers to the possibility that an investment will lose value because of a general decline in financial […]


House Burns The residence of Homer Woodard, on route 2 Oneonta, was destroyed by fire last Thursday afternoon. The origin of the fire is unknown. Mr. Woodard was away from home at the time and members of his family were in the field picking cotton. Most of Mr. Woodard’s personal effects and clothing were burned with very few saved. We […]

‘Alcohol sales to help our schools?’


This letter is in response to the letter to the editor in the Sept. 24 edition of The Blount Countian entitled “Do we want our kids … Fundraising?” by Greg Cornelius. Mr. Cornelius implies that we need to approve Blount County to be wet to generate thousands of tax dollars off the sale of alcohol for our schools. He also […]

‘What kind of commissioners do we have?’


Our elected county commissioners have served at least one four-year term or more as men responsible for spending our tax dollars in Blount County. These men now in office and others before them have worked and changed the subdivision rules and regulations several times through the years to try to improve roads to meet the correct specification before officials would […]


I commend Hayden High School, Amy Cutcliff (art teacher), and any other school personnel who are directly responsible for attempting to start a soccer program at the high school. This is extremely honorable, courageous, and a true showing of what faculty can do to promote the well-being of our children. You are putting the interest of our children first by […]